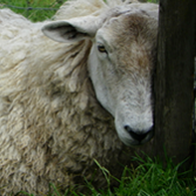 life on a smallholding

not quite a business, but more than a hobby

I can’t believe I made butter — Tuesday, 11th September

I can’t believe I made butter

It seems to be all the rage these days, the celeb chefs are telling you how easy it is to make your own butter and in theory I suppose it is.  Just pick up a couple of cartons of double cream and beat it in your food processor until it separates into butter and buttermilk.  Drain it off, and there you go – home made butter.

That all sounds very simple and although I’ve never tried it, I’m sure it works.  However, my path to butter making wasn’t quite so easy.  In my case it starts with my goats.  At present we have plenty of milk, the kids are almost weaned so it’s all for our own personal use, which means that I have at least 5 litres to dispose of on a daily basis.  I make ice cream, cheese, yoghurt and even use it in my breadmaking but if I’m not careful, it could become a full-time job just processing the milk.  I am lucky enough to have a cream separator which gives me more options, but even so, how much milk can you cope with?

We have long since been self sufficient with regard to milk, I don’t think I’ve bought any for over 2 years but I still buy cheddar and butter so my goal is to put a stop to that.  I’ve tried many times to make goat butter but it’s never worked out very well.  Instead all I’ve managed is to create a dense cream.  No matter how much I beat it, it wouldn’t separate.

I couldn’t understand where I was going wrong but suspected that I had taken my eye off the ball and actually missed the moment the butterfat and the liquid had parted company and had continued beating until they had fused again into a solid mass.

I was determined to overcome my problem with butter making and so for three days I milked the goats and put all of it through the separator saving the cream in a jug.  I ended up with approx ¾ of a litre which I left on the worktop for about half a day to warm up.   I then poured it (or rather spooned it, as it was quite thick by this time) into the bowl of my Kenwood, attached the paddle beater and gently at first, began whisking it.

I gradually increased the speed, watching all the time and after about 10 minutes, it suddenly split into solids and liquid.  I switched off the machine immediately.  I was excited, this could be it.

I drained it through muslin, tipped the buttermilk into a jug and then poured cold water over the “butter” to rinse the milk out.  It was very soft and squidgy but I dumped it out onto a board and attempted to shape it with a couple of wooden spatulas.  Thanks to the Rayburn, it is always very warm in my kitchen so it wasn’t easy.  In the end, I spread it all out and sprinkled ground sea salt over the top, then worked it in with the spatulas.  It was far too soft to make into a roll so I scraped it into a bowl and put it in the fridge.

A couple of hours later and it was set hard just like butter.  It tasted like butter but was much easier to spread straight from the fridge.  The only real difference was the colour, it was pure white.  If I want yellow butter I will have to add a colouring called “annatto” which is a plant extract used to dye foods, but I don’t think I’ll bother – au naturel suits us fine.

I used the butter in rough puff pastry, cakes and of course as a spread and the buttermilk made a delicious soda bread.  But I really wanted to be able to shape the butter into a block so I turned to eBay and found myself some “antique treen” butterpats.

Butterpats at the ready I was all set to have another go.  I wasn’t expecting much but was amazed to find that they were brilliant at handling the soft butter and I quickly formed it into a log which I wrapped in cling film and left in the fridge to firm up.

So I’m happy to say I can cross butter off my shopping list, permanently.  Now onto cheddar.